We have a Christmas tradition of going to the Trans-Siberian Orchestra show every holiday season.  Well, every Christmas except this one because there are no concerts now due to the pandemic.  They did livestream a show this year but we decided to wait for next year to see the show on stage as we have in the past. 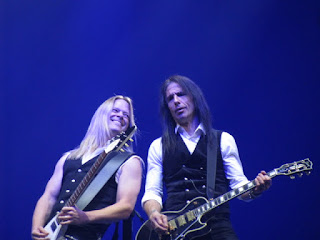 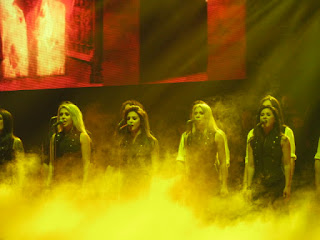 Even if you are not familiar with this group you probably know some of their Christmas music.  They have several popular Christmas albums out.  Their music is described as "symphonic metal progressive rock".  You get your money's worth when you see this show because they actually put on two shows.  The first is a rock opera about a young girl that ran away from home at Christmas.  The Christmas music is what I call a mix of classical and rock beautifully performed.  They even have part of the local Symphonic Orchestra perform on stage with them and the combination of the musical styles is amazing.  Of course, they have all kinds of special effects that you would expect at a concert including real snow falling on the audience during a portion of the show.  After the Christmas show the second part of the performance is hard core rock with an occasional classical twist.  I’m not good at reviewing or taking photographs of a show like this but I can tell you it is always one of the highlights of our Christmas season. 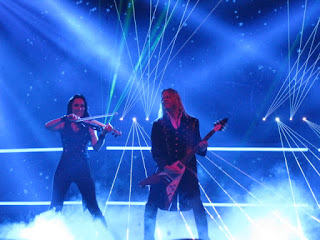 I have been busy with Christmas preparations for we will have one son and his family with us for Christmas as we do share a “bubble” as they say.  We won’t see any other family but I am glad we can see them at least.  I’ve not been good at keeping up with blogging recently but hopefully I will get better after Christmas.  I hope everyone is well and enjoying the holiday season as much as you can in these changing times.